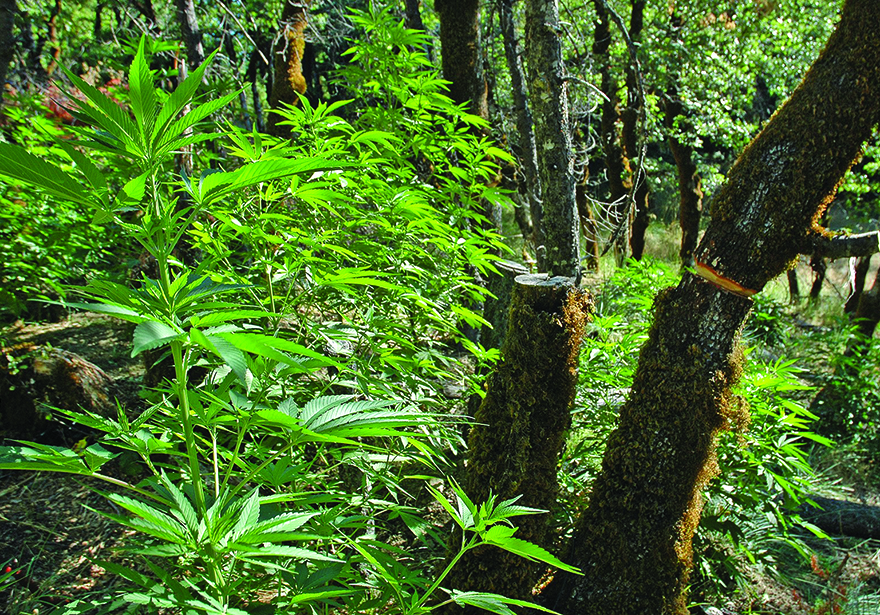 Growers in Northern California are growing cannabis plants on federal land, like national parks and wildlife reserves. Underneath the majestic pine and fir trees that guard the centuries-old woods, growers are cultivating Purple Skurp, Bruce Banner, and Spotify Premium. This wouldn’t be too bad in and of itself; trespassing on federal land is regrettable, and if you want to risk getting pounced on by a roaming black bear, that’s your problem. The issue is the pesticides that growers use for the plants, and the poison they lay around to kill any animals that might trample or eat their cash crop. According to National Geographic, Mourad Gabriel and Greta Wengert founded the Integral Ecology Research Center (IERC) with the intention of researching and conserving wildlife. Then the animals began to die. They first noticed the problem with the Pacific fishers, which are small predatory mammals that look a little bit like sea otters. They kept finding the cute little critters keeled over in the forest, exuding industrial poisons. They tracked the source to pesticides on illegal grow sites in remote forests. By 2012, they found that “46 of 58 fisher carcasses they tested had been exposed to an anticoagulant rodenticide, or rat poison.” They began to find that other species were also exposed to pesticides and poisons, like bears, foxes, bobcats, mountain lions, and owls. The IERC has even found pesticide-laced hot dogs on hooks out in the forest, which means that some growers intentionally set traps to kill animal intruders.

Because the ecosystem is so interconnected, the spread of these pesticides is difficult to control once it enters the food chain. It might spread from a rat who eats some poison to an owl that eats the rat, then to the flies that flit in to munch on the aftermath. Eventually, when the soil reclaims this macabre circle of life, the poison seeps into the ground and the water beneath, contaminating the plants that might try to grow there. This problem is happening in public lands across the country, but it’s especially prevalent in the Emerald Triangle, which (as any reader of this publication might/should know) includes Humboldt, Mendocino, and Trinity counties. The U.S. Forest Service usually handles these illicit grow operations. Trinity County removed over 1,000 cannabis plants from national forests in 2000. In 2018, they removed over a million. There might be some hope, as the number of new grow sites diminished a little last year because of the legalization in California. Additionally, after legalization, the Forest Service started a pivot from raiding grow sites like little Fallujahs to cleaning sites and confiscating the cannabis. Unfortunately, if weed is illegal in other states, the illegal grows on public land are likely to keep happening. Some growers have been apprehended and sentenced to prison. But Ethan Zaitsu, an attorney based in Sacramento who has defended suspects arrested at illegal marijuana grows, told National Geographic that “the guys getting caught are not in the cartel. They are just farm workers. Somebody way up above is running the show and they are usually not present when the raids happen.”

In 2018, the Forest Service received a budget increase of 2.7 million to eradicate these illegal cannabis cultivation sites on public lands. Given the current administration’s budgeting priorities, the money is likely to go towards buying high tech equipment, weaponry, and camouflage so arrests can be made more tactically, and the deportation proceedings of the farm workers made smoother. The poison, in many places, will stay in the ground. Watch out for it in places where the forest is completely silent, unsuitable even for the flies.