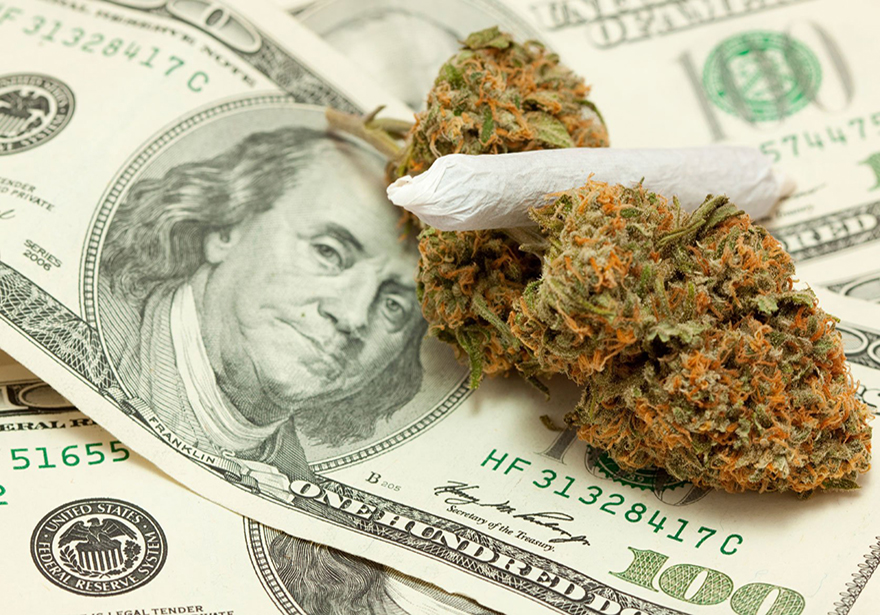 Nearly all of the nation’s banks won’t take the risk of accepting money from marijuana sales. The banks won’t do business with growers, processors, retail shops and medical dispensaries, or with their employees and contractors. They don’t offer basic checking or credit card services to the industry for fear they’ll be shut down by federal authorities for “trafficking in illegal narcotics, the same federal law that covers Ecstasy and heroin, that is up until November 19, 2014. That was the day Colorado banking regulators granted the marijuana oriented “Fourth Corner Credit Union” a charter! That charter is near the end of the process for the Union to go open their doors (expected to be as soon as this month) and now the union is waiting for the Federal Reserve to issue it a master account number, which would give it access to the country’s electronic banking system. Colorado regulators have indicated they will honor Colorado laws and allow the Union to open once final Federal Approval is authorized.

Taylor West, deputy director of the National Cannabis Industry Association and it’s 800 members, said the biggest problem members have is there is no bank or credit union to handle all the money.”

The country’s 2,000 retail shops and medical dispensaries produce a huge amount of cash (estimated to be around 2-3 billion last year), which makes them prime targets for criminals. Another major problem is record keeping. Without bank accounts, the industry has to rely solely on cash which complicates paying the taxes that states impose on cannabis as well as paying their employees and vendors.
Jennifer Calvery, director of the Treasury’s Financial Crimes Enforcement Network, said in August that only 105 banks and credit unions — a tiny fraction of the more than 100,000 in the U.S. — take money from legal marijuana businesses.

“The Fourth Corner Credit Union will be the first to actually open and have business members that are openly involved in the marijuana industry. It holds the promise of getting an estimated $650 million in proceeds of annual cannabis sales per year in Colorado off of the streets and into a safe and well-regulated environment with a cutting-edge anti-money laundering compliance unit. The Fourth Corner founders state that anyone with an “interest” in the marijuana industry would be eligible to join Fourth Corner. It will look no different than any other credit union.

Yet, the credit union still has hurdles ahead. Fourth Corner has applied for federal deposit insurance, but the application review may take up to two years say the organizers. But due to a Colorado banking law, state-chartered credit unions can open while federal deposit insurance is pending and in addition will have a federally approved surety bond protecting against theft, according to the organizers. State Law allows the credit union, if denied, to ask the Colorado Division of Financial Services to allow it to operate under private deposit insurance, according to state law.

This may be a huge step forward t words incorporating the marijuana business into a the main stream business image, like liquor stores, that accept credit cards, put their funds in the bank or credit union and go to sleep a lot less worried they may get ripped off or worse from all that money the banks won’t take. (Who would have imagined banks don’t want our money.) Hopefully the (reverse IE too much) money problems may be on they wain. Yet to be determined. DC

Stay tuned for our feature article on The Hemp and Credit Union of Washington, set to open in May 2015.