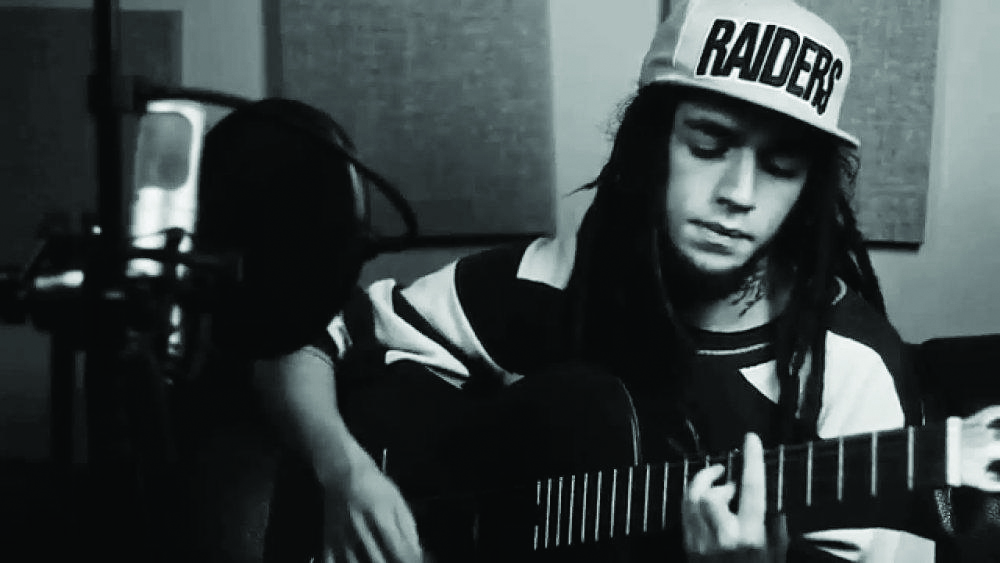 In the 1978 movie “Midnight Express,” a young American would be smuggler, Billy Hayes, is arrested at the Istanbul airport with hash taped to his chest. He is thrown into a Turkish prison and endures a horrifyingly traumatic time at the hands of sadistic prison guards before managing to escape. The film received positive reviews from critics, however, Hayes (the subject and author) and others criticized the movie for portraying the Turkish people as violent and evil and for deviating too much from the original true story-source material. “Midnight Express” has always kind of been where my awareness and exposure to the idea of serving time in a Turkish prison begins and ends, and even that seems to have been misinterpreted by Hollywood.
Now, forty years after the release of “Midnight Express”, a special team from the elite Istanbul drug squad has arrested Turkish rapper Ezhel, whose real name is Ömer Sercan İpekçioğlu, and who is an up and coming hip hop star out of Turkey. He may have only one studio album to his name so far, but the young performer has garnered well over 30 million YouTube hits, and he was on the schedule to perform live shows with cannabis icon Wiz Khalifa over the summer. According to ‘Ahval News’, one of Turkey’s leading media sites: “The Turkish government arrested Ezhel for ‘promotion of drug use,’ an accusation that has received outrage from fans around the world. “Writing a song cannot be a crime,” stated Ezhel’s manager, Riza Okcu. The government should arrest the real criminals. Rap music tells the truth about what happens in the streets.” A large number of Turkish social media users were shocked by the development, especially Twitter users, with many questioning why the Turkish police targeted and jailed the young rap artist for his lyrics, instead of investigating actual serious crimes and criminals. Turkey has their own problems with criminal activity it seems, especially against women. The Turkish Prime Ministry’s Human Rights Directorate reported that in Istanbul alone there was an average of one honor killing per week and according to official figures, in the year 2013, about 28,000 women were assaulted and of those, more than 214 were murdered by husbands or lovers. Many Turkish hip hop fans are outraged that the rapes and killings go unpunished while a rapper they love is being arrested for writing songs promoting the benefits of cannabis use.
The 28-year-old musician released his first studio album, Müptezhel, in 2017. A native of Turkey’s capital city of Ankara, Ezhel is currently Turkey’s most successful rap artist, whose song “Geceler” has been streamed over 13 million times on the music streaming platform Spotify and whose single ‘Şehrimin Tadı’ has been listened to more than 33 million times over YouTube. Ezhel combines western stylings with Turkish subject matter that he understands oh so well. Ezhel can also play the bağlama, a stringed Persian instrument, and guitar. Now he’s facing a decade behind bars for his music as a form of extreme censorship, when cannabis is freely talked about openly by many nations of the world and has been for some time.

The severe Turkish drug laws are especially strict, and drug possession can mean very lengthy prison sentences. The ‘encouragement of drug use,’ which Ezhel is now accused of, can earn someone up to 10 years in jail. Cannabis in Turkey is illegal for recreational use, but the cultivation of marijuana is legal in 19 provinces for medicinal and scientific purposes. The production and import or export of drugs are punishable by a prison sentence of 30 years and Turkey is generally believed to be one of the countries with the harshest drug laws in the world. EuroNews.com reported that: “On July 15 2016, Turkey underwent an attempted coup against its government. The coup was prevented but repercussions are felt in every quarter of life. Over 100 journalists were jailed in the post-coup crackdown, which brought the total number of journalists in prison to 165, The Parliamentary Assembly of the Council of Europe (PACE) voted to reopen a monitoring probe into Turkey over concerns about human rights. That means Turkey will be subject to frequent visits by human rights officials.” The coup attempt seems to have transformed the cultural landscape of the country and it doesn’t bode well for free thinking artists like Ezhel.

“Midnight Express” may have been an exaggeration back in 1978, but the thought of doing hard time in a Turkish prison still sounds like a nightmare, and a particularly terrible one when your only crime is writing and singing about using cannabis. It’s scary to think about the number of laws that we’d be breaking if we were to try and publish Edibles Magazine in Turkey. I’ve met Billy Hayes and he’s a very sincere and high spirited person. Meeting Ezhel someday would be a real honor, and we hope his struggles with the authorities are over soon and he is safe and free, instead of wasting away in prison while his contemporaries tour the world. In the year 339 BC, Socrates was executed by the state for corrupting the minds of the youth of Athens. You’d think that over 2000 years later the act of “being a bad influence” would no longer be a crime, but unfortunately for artists like Ezhel, that still isn’t the case. As George Orwell said, “If liberty means anything at all, it means the right to tell people what they do not want to hear.” We all only wish it was as simple as the Turkish Authorities choosing not to listen to Ezhel’s music.