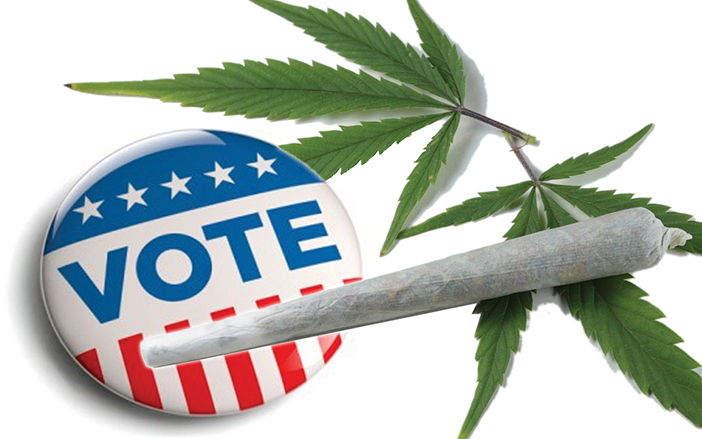 On November 4th, several states voted in accordance with regional guidelines and support on legalizing the recreational or medical use of marijuana. Several State’s initiatives, measures, and amendments showed a major shift in societal perception and cannabis reform. As a result, Washington, D.C. and Oregon both legalized ts recreational use, while Florida did not receive majority vote in favor of legalization.

Washington’s Initiative 71 enacted the recreational use of cannabis for Washington’s residents,with 65% in favor. This measure will allow citizens to possess up to 2 ounces of marijuana as well as grow up to six plants in their residence.

Oregon’s Measure 91, which allows citizens to grow up to four plants or personal use passed with 54% in favor.

Surprisingly, Florida’s proposed Amendment 2, which would allow medical use of marijuana, did not receive enough majority votes to pass. Florida currently allows the medical use of high CBD/low THC oil, and Amendment 2 would have allowed further expansion of cannabis for medical benefits.

If passed, Florida would have become the first Southern state to legalize the use of medical marijuana. The recent voting day was a mixed bag with a majority of positive reforms, clearly showing that cannabis advocacy is steadily growing.