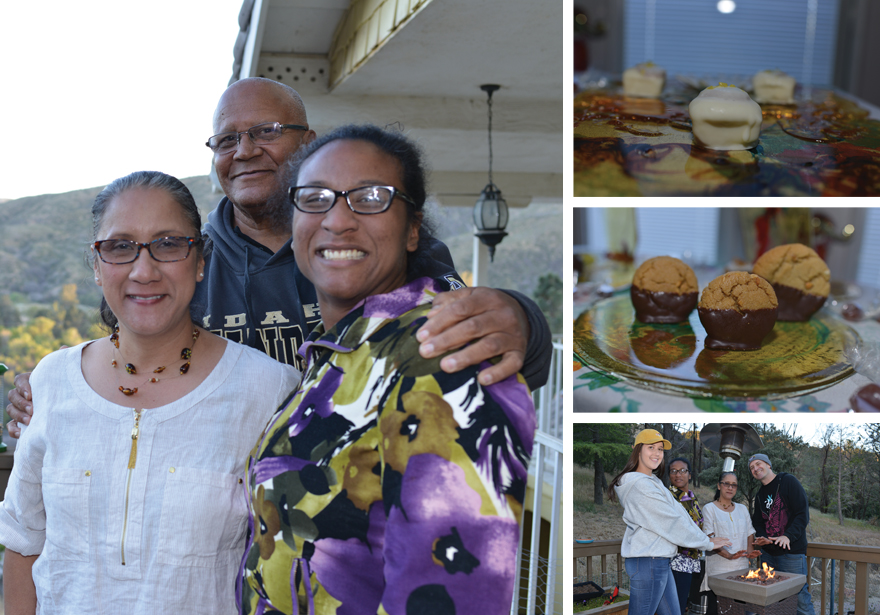 Kristina Smith became ill mysteriously when she was only 6 years old. After she spent six months in a coma, Kristina woke up and was diagnosed with Encephalopathy Etiology Unknown, meaning brain damage with an unknown cause. This meant Kristina now suffered from frequent seizures, ataxia (shaking), as well as a decrease in motor and speech skills. Physicians prescribed a plethora of prescription medications that did little to actually improve how she felt. Her doctor recommended using cannabis as a holistic approach to healing but Kristina’s mother Mina had strong reservations. The portrayal of marijuana in the mainstream media made her nervous about the risk of addiction and potentially harming her child with dangerous drugs. Nearly 15 years after first being suggested, Kristina decided for herself that she wanted to try using cannabis and told her mother. Now convinced that it was an idea at least worth trying, Mina got some cannabis buds from a dispensary and used them to infuse a homemade dish of chicken alfredo, Kristina’s favorite meal. Kristina finished her dinner and went to lay down early that night. 30 minutes later she got up and was walking and talking comfortably for the first time since age six. Mina was awestruck as she heard her daughter say: “Mom, I LOVE Cannabis. It makes me feel normal, it makes me feel free!”

Mina felt guilty for not trying it sooner, but she was now on a mission. She not only believed in the healing power of the plant but was also now driven to make sure the medicine she gave Kristina was the best available. Mina quit her job as an engineer and went to culinary school and studied baking and pastries while also learning everything there was about cultivating, cannabinoids, extraction, infusion, and more – and Baron’s Confections was created. From seed-to-table they’re making organic, gourmet, elegant and infused edibles that are among the absolutely most beautiful and delicious you’ll find anywhere in the industry. Baron’s was at the Best of Edibles List Awards in February and took home six trophies in a variety of categories. They are clean-green certified and use an all holistic approach to growing and the edibles they make are infused with pure pressed fresh rosin from their own grown flowers. They make a variety of THC and CBD options and also have vegan treats to choose from too.

I had the opportunity to sit with Kristina on their beautiful deck on the Baron’s Southern California Farm while we medicated together using a special blend of Grand Daddy Purple Indica Cannabis oil her mother makes especially for her. Kristina wanted to make sure everyone knows that she feels great, she’s happy and she loves life! She loves animals, especially dogs and some of her favorite things to do are write poetry and read the works of William Shakespeare. Edibles and vaping are her favorite ways to medicate, and she has yet to try a kind of cannabis she doesn’t enjoy. Kristina said using cannabis helps her relax around other people and to feel more comfortable as well as liberated. I had an incredible time hanging out with this wonderful family and learning all about them and the great things they are doing with medical marijuana. Baron’s Confections is truly doing innovative things and transforming expectations when it comes to the healing power of edibles. Check them out online at: baronsconfections.com