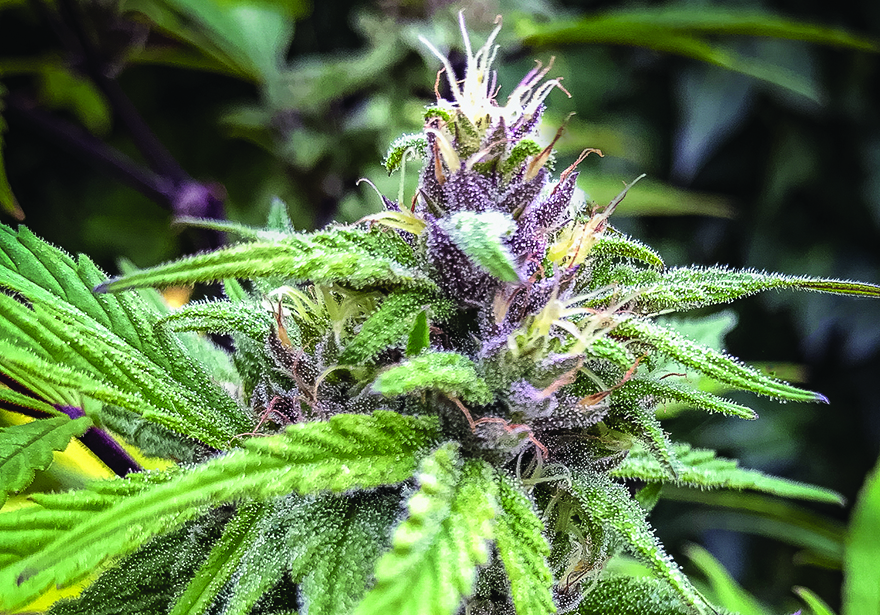 Each month we celebrate a new artist or original piece of creation. This issue we feature Hawai’i based Lauren Trangmar’s cannabis themed artwork. 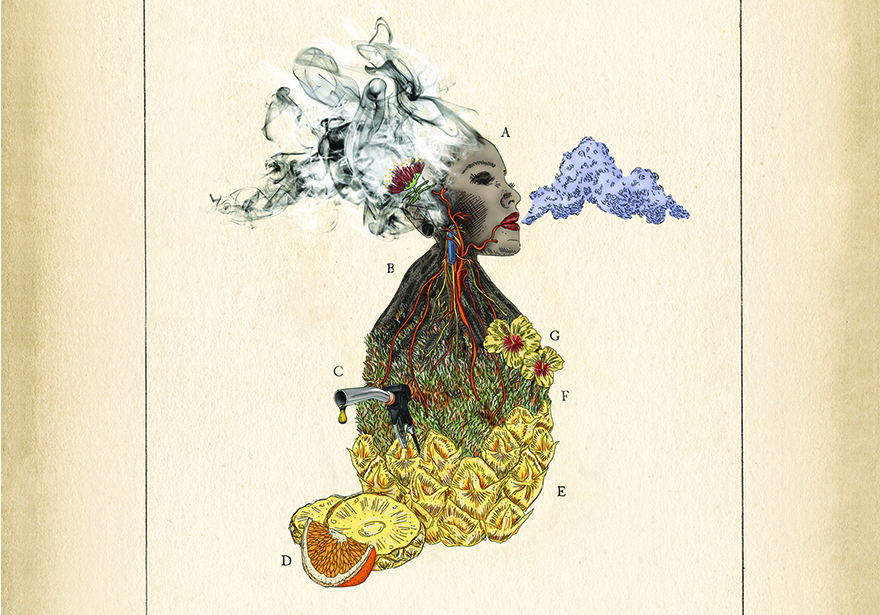 Lauren is an artist and graphic designer residing in Honolulu, Hawai‘i. She combines meticulous, labor-intensive, traditional processes and aesthetics with contemporary technologies to create surreal imagery. Her work is built on the conventions of historical scientific illustration; however, she plays with form and meaning to create surprising images that are uncanny and humorous, yet elicit a strange kind of logic.

Storytelling plays a central role in Lauren’s work. Countless hours of research go into each drawing to fully capture the essence of the subject’s story in which key elements are combined to craft her compositions. Prior to embarking on Aloha Green Apothecary’s drawings, Lauren’s knowledge of cannabis was extremely limited. She spent months studying numerous aspects of cannabis before her pen even touched paper. This extensive research became the foundation that made possible a playful, yet scientific representation of cannabis’s historical, medicinal, anatomical, and botanical qualities. Her study and knowledge of cannabis comes to fruition in the piece featured here: “Cannabis Strain: Kona Gold”. She tells the story of origin of Kona Gold and its relation to the Fire Goddess Pele.

Kona Gold (F) is a sativa strain that has traveled far from its origin, the volcanic soils of Hawaii’s Big Island and home of Pele* (A), the Goddess of Fire. Like the yellow hibiscus (G), Hawaii’s state flower, the Kona Gold is native to Hawaii. Soaring cerebral-focused euphoria captures the mind while leaving the body light and functional, making this sativa a perfect pair with or replacement for your morning cup of coffee. A tropical medley of pineapple (E) and citrus (D) flavors are cut by a sharp sour aroma that could almost be compared to diesel fuel (C). The authentic Kona Gold is unique to its mineral-rich homeland, but its replications overseas still have much to offer sativa enthusiasts.

With roots in Christchurch, New Zealand and Honolulu, Hawai‘i, Lauren decided to attain her BFA from the University of Hawai‘i at Ma¯noa. Her work has been included in private collections and exhibitions in Hawai‘i, North Carolina, Australia, and New Zealand. Most notably, she produced a body of work for the Honolulu Museum of Art’s Artists of Hawai‘i 2015 exhibition, which has since been purchased for the museum’s permanent collection.