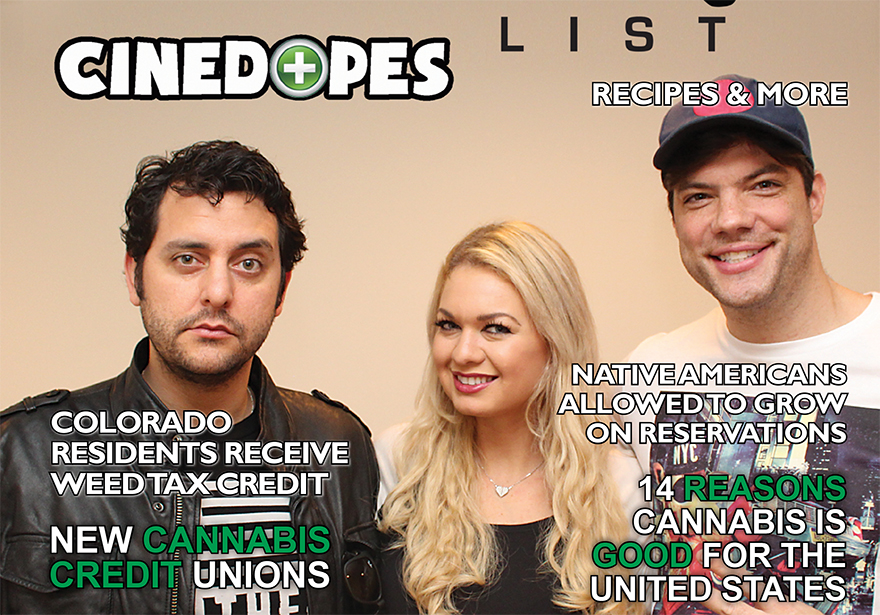 The entertainment marketplace is moving toward a digital platform, where everyone is using Youtube and the internet to get their viewing pleasure content. Less and less these days are we seeing subscribers of traditional television. Following the success of the Showtime show “Weeds,” the creators of Cinedopes have scripted a web series that includes marijuana as a main character theme.

Cinedopes is a slapstick comedic web series with a raunchy edge. It’s about the first movie theater to legally sell marijuana for you to toke-up while you enjoy your cinematic experience, in addition to beer and wine. Centered around the inept staff of a small independent movie theater full of employees who have trouble running their own lives let alone a business. Mayhem ensues around every corner as they desperately try to turn a profit, while competing with the megaplex across the street. 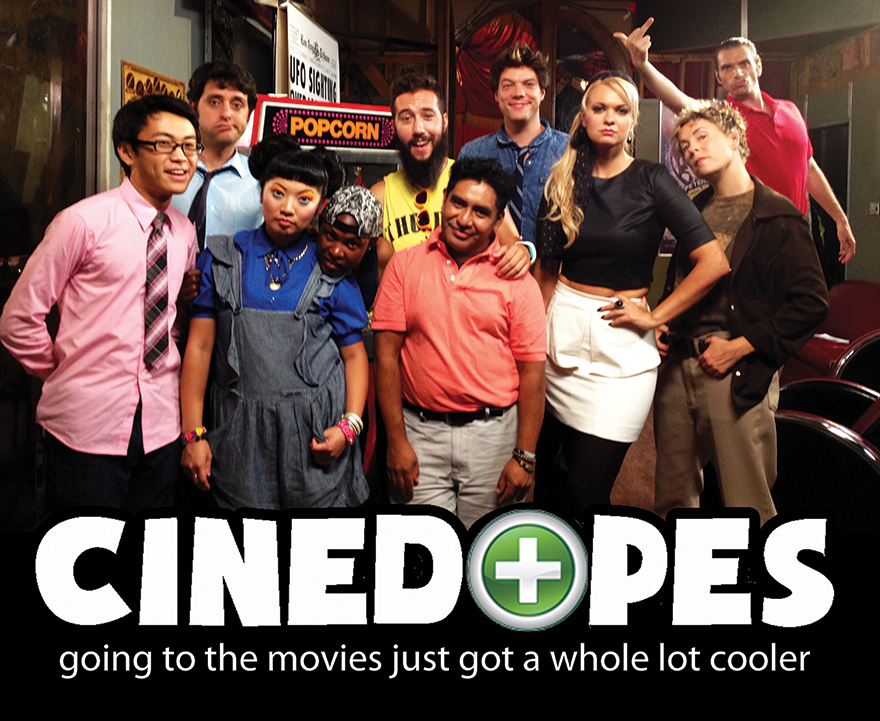 Clearly concepted by a bunch of potheads, Cinedopes was originally written as merely a comedy about a movie theater without marijuana being an actual character. Cannabis was something that was added in later. Ben Gleib (actor, comedian, and writer seen on Chelsea Lately and the Late Late Show) joined as a writer and as a main cast character, adding a recognizable face to the show. They pride themselves on being the first scripted web series based around weed. But it’s not a show that we would recommend watching with your parents.

Cinedopes received a nod from the cannabis industry, landing a product placement deal with Raw Rolling Papers. By releasing the series themselves on Youtube they were able to cut around the red tape associated with weed and network television shows, and they can pretty much air “whatever they want.”

They’re hoping with the traction of season one they’re able to produce a season two. Check out their four episode first season online at: 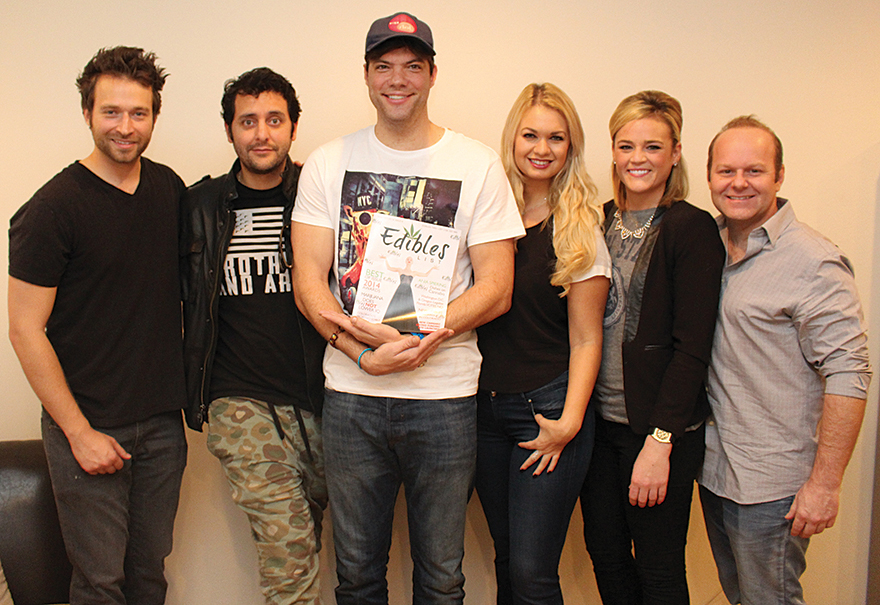 (That we recommend checking out.)

A year after Colorado passed one of the most permissive pot laws in the world, CNBC and correspondent Harry Smith returned to the state to chart the rise of a new American industry and report on the results of this social experiment. Smith profiles the most successful marijuana merchant in Denver, who hopes to expand his family-run business to other states as they follow Colorado’s lead and legalize the sale of marijuana for recreational use. He explores the
new world of cannabis-infused edibles and the sale of pot brownies, chocolates and even soda, which has led to some confusion and controversy over dosing and portion size. CNBC cameras also follow two pot dealers – one of them a U.S. Army veteran – who profit from a black market that funnels the drug across state lines and continues to thrive despite the new law. 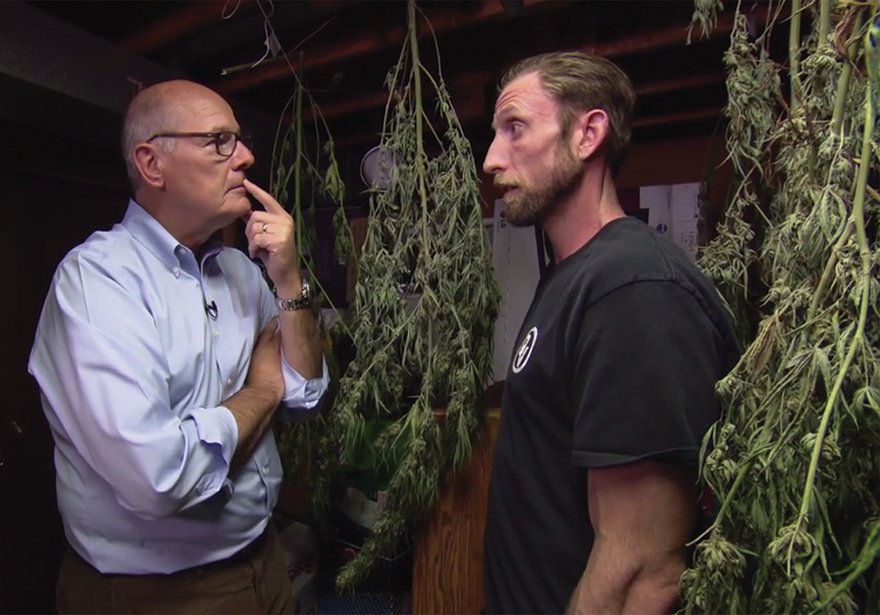 This CNBC original documentary examines the issue of pot in the workplace, as Colorado employers work to reconcile a more open marijuana culture with workplace rules that enforce zero tolerance. Harry Smith talks to Brandon Coats, who awaits a State Supreme Court ruling that could ripple across the country. Coats was fired from his job when he tested positive for THC – the result of an act that was legal according to the state. Smith also reports on the plight of medical refugees, a fellowship of hundreds of families that have moved to Colorado to obtain medicinal marijuana they can’t get in their home states.

Thanksgiving weekend, MSNBC premiered “Pot Barons of Colorado.” The six-part documentary series aired Sundays at 10pm ET/PT November 30th was the start date of the series with a sneak peak that aired two days prior. 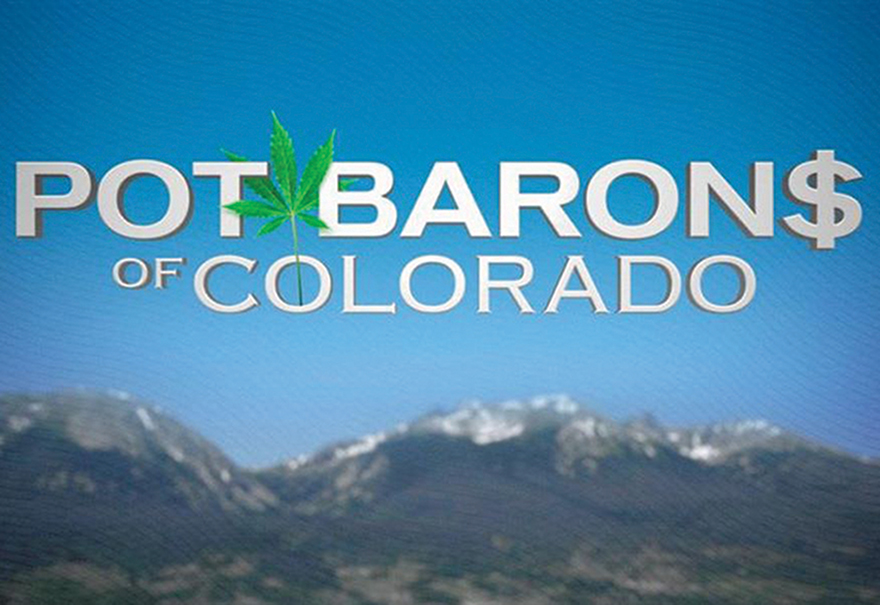 Produced by MSNBC’s Longform Unit and Triple Threat TV, the series follows the stories of Colorado-based ‘pot barons’ who will risk everything to secure a foothold in the rapidly expanding world of recreational marijuana use.

On New Year’s Day 2014, the nation’s first legal recreational marijuana dispensaries opened in Colorado. The demand for legal weed stunned the experts, effectively launching a 21st century “green rush.” From dispensaries to grow houses, “Pot Barons of Colorado” delves into the thrilling and suspenseful world of Colorado’s recreational marijuana businesses as they race to cash in on this unprecedented boom.

In the series, audiences will meet a handful of the state’s leading Pot Barons, including: Jamie Perino, owner of Euflora, a high tech pot parlor which she calls “the Apple Store of Weed.” Andy Williams, who co-owns a family business, Medicine Man, with his brother Pete, runs one of the largest single-store marijuana dispensaries in the world and hopes it will soon become the “Costco of marijuana.” Tripp Keber, the President and CEO of Dixie Brands, hopes to build an empire out of his marijuana soda that comes in fancy brushed-aluminum bottles. The documentary explores how each pot baron broke into the industry, the risks they are taking, the dreams they’re pursuing, and the setbacks they must overcome.

The series takes viewers deep inside this budding industry filled with financial opportunity, but also fraught with danger. At the Federal level, marijuana remains an illegal substance, so banks are shunning the business, creating a cash-only world and a climate of armed guards, locked vaults, and constant concerns about security. 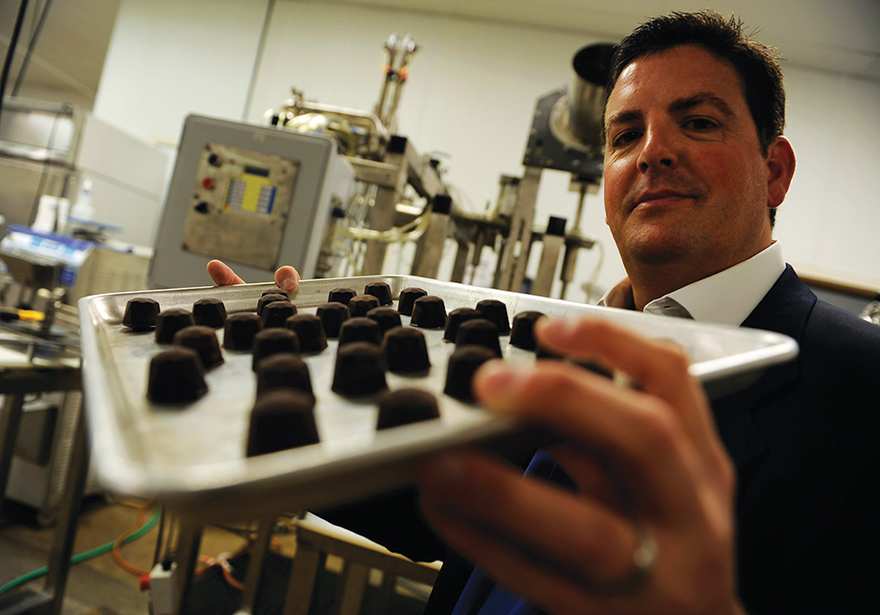 Another branch of the industry looked at in the series is edibles. Products such as marijuana cookies, brownies, or beverages, have provided hundreds of millions of dollars of revenue, but they have also been connected to two deaths and a number of children’s visits to emergency rooms. As state regulators consider possible changes in the laws, some of the pot barons must choose whether to support a costly compromise or stand their ground and face potential ruin.