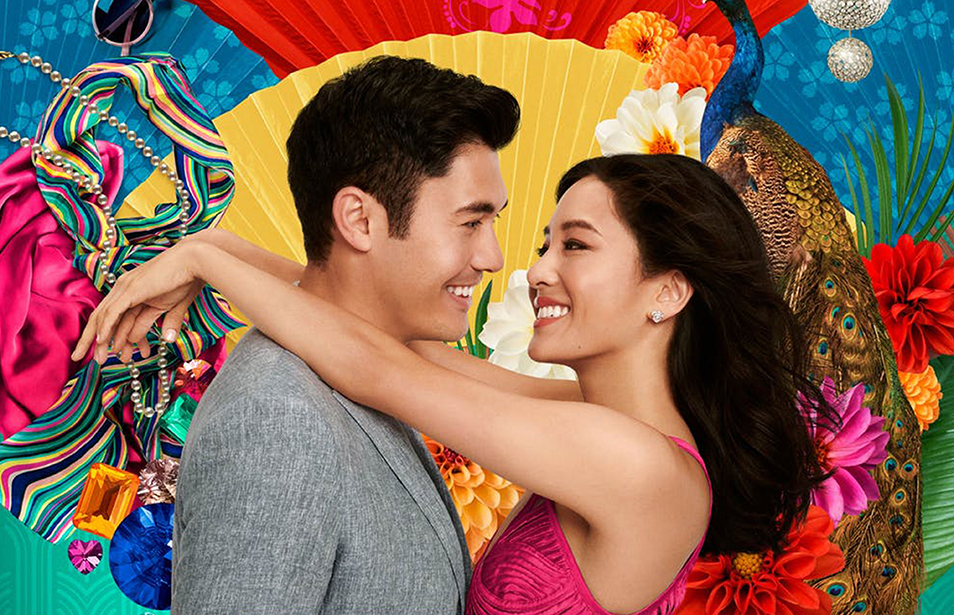 Normally we have DJ Reid 420 write our “Blerd” (Black Nerd) movie review, written by a person a color. This issue, with the debut of the mainstream Hollywood film Crazy Rich Asians, we felt it would be best for an Asian person of color to write the movie review.

The movie was released to theaters August 15th, 2018, which for me ironically was the same day I had a court date for a small claims trial, where I countersued a graphic designer for being Anti-Asian and making racist remarks about our February 2017 Lunar New Year Issue, saying it was “too Asian” and “too tacky”. Those comments ended our working relationship forever. I unfortunately ended up getting an old caucasian male judge who had no sympathy for blatant racism and white washing.

So it was refreshing and groundbreaking for this movie to be released with such fanfare, and representation. Earlier this summer Black Panther made waves in the entertainment industry providing representation to the black community. DJ Reid mentioned in his Blerd movie review that he had never seen an entire movie audience of black people. This was a similar experience.

I remember when I saw the first previews for Crazy Rich Asians in the movie theaters. I thought to myself, “Wow, this must a super targeted indie film going to indie theaters-only.” Boy, was I wrong. Apparently, the film turned down a lucrative upfront payday by Netflix with a trilogy contract, but the makers of the film opted in favor for a traditional Hollywood premiere with theatrical release, because they felt that what the Asian community deserved.

If anyone is wondering why inclusion and representation matters, let us remind you of the poor Hollywood casting choices made causing backlash in films like Ghost in the Shell where Scarlet Johansson plays a Japanese anime robot, or Aloha where Emma Stone plays a Chinese-Hawaiian mixed girl, or The Descendants where George Clooney plays a Hawaii, or when Cloud Atlas put the entire cast in Yellow-face, or when Disney mushed all Polynesian cultures into one for Moana. Shall I continue?

Crazy Rich Asians is notably the first contemporary big studio Hollywood film in 25 years to feature an all Asian cast. The last one was in 1993, The Joy Luck Club, which actually did feature a white male supporting character. Honorable mentions are Crouching Tiger, Hidden Dragon, which also starred Michelle Yeoh showing off her kickass martial arts skills, and Memoirs of a Geisha, both of which are set hundreds of years in the past and not with contemporary characters and story lines.

Being half-Chinese and growing up in the nineties in Hawaii, I remember seeing The Joy Luck Club at 8 years old, and thinking it was the first movie on the big screen I had seen that I could relate to their characters and it actually explained a lot to me about the history of my own Chinese culture.

Other than that one movie, we never had Asian representation in entertainment. There was of course Bruce Lee, who was mostly an action star and famous in China before America, and then his son Brandon Lee, who ultimately died from what some would say was the tragic family curse. There’s also famous actors Jackie Chan, Jet Li, Kelly Yu and Lucy Liu – who all made their names as martial arts action stars. I think the point is in my last sentence. Asians are stereotypically cast as Kung Fu masters and seem to be not thought as “useable” for any other role.

Crazy Rich Asians proves that not only can Asians lead a film, people will come out to see a good movie, if it’s a good movie. I saw the movie at L.A. Live’s Regal Cinema Theaters, on a Tuesday night, which is their half-off movie night. While it didn’t seem like a busy night for the movies, this particular theater was fully packed with Asian bargain-seeker movie-goers. There were a few noticeable white couples, but mostly every person in that audience was Asian of some kind.

Throughout the movie, you could see on people’s faces and by their tear wiping gestures that this was truly a moving moment in movie history. There were scenes that shouldn’t have been emotional to the viewer and people were shedding tears, myself included.

At the heart of the movie, is a Cinderella story. Boy meets girl, girl doesn’t know he’s basically Asian royalty, and now girl must confront the challenges of a culture she doesn’t know anything about, that is rooted in centuries of tradition. It could have almost been a white girl cast as the lead, as they show the differences in identity when you’re Asian and American born and opposed to having been born in Asia and grown up with that culture. The author of the book, Kevin Kwan, had been approached in 2013 by a studio that said they would fund the movie, if they rewrote the lead as a caucasian white woman. Obviously he turned it down.

The storyline tackles the intricacies of being treated differently in your own culture. As if one doesn’t face enough scrutiny as a minority in America, when you go to the motherland, you’re treated like a foreigner there as well, treating you as if unwelcomed. I can relate to these scenarios directly, as my mother was an immigrant that came to America to escape a life of martial law and communism where she was from. My grandmother had stories of having to swim through dead bodies in a sea stained red by blood, to get to the boat, filled with more dead bodies, as a 5 year old with her family escaping to Taiwan from the Chinese war.

My grandparents immigrated after their children did, so I was lucky enough to have the memories of making dumplings as a family together. My Chinese grandparents didn’t speak any English so I had to learn broken Chinese to communicate with them, and everytime I would speak Chinese they would tell me how American my accent sounded. But even in my own Chinese family, I am half-white, and even being American-born like my cousins, I’m still looked at as different.

Not only does Crazy Rich Asians accurately tackle Chinese culture, and the guilt and judgment that takes place within their own families, it shatters any stereotype or mold that Asians aren’t marketable in a Romantic Comedy. I actually can’t remember the last time I paid to see a rom-com in the theaters. I usually try to spare my boyfriend and we’ll stream on Amazon or Netflix some rom-com that had been released earlier this year, and we’ll save the movies like superhero films for the big screen.

There was something very special about this film, and it was beyond a great cast, good acting, it really had a great storyline that expanded beyond just a boy meets girl, and happy ending. They say the best movies are based on books, and this one comes in a 3 part series. We hope that they will get greenlight for the next two studio releases, and we hope this sets a new precedent on casting with representation. They also say there are no bad actors, just bad casting.

Henry Golding plays handsome and charming, so believably well in his first movie role. Constance Wu plays a perfect “banana,” a term used in the film to reference her as “yellow on the outside and white on the inside.” Awkwafina plays the comic relief so well, I feel like everyone has a friend like her in their group they can relate to.

I don’t want to give too many spoilers, but its funny, it’s moving, it’s believable and takes place in a modern day setting that feels real to the viewer. It is just one culture tackled, and hopefully so many more to come. It feels like a special time in history for films like Black Panther and Crazy Rich Asians to be made. In Crazy Rich Asians, you could replace Asians with black, Greeks, latino, white, etc. and it would still be relatable because the story is about identity, knowing who you are, tradition, approval from your family and following your heart.

I read and heard other press interviews about the movie before I saw it, and the best way it’s been put but John Chu the director himself, by the end of the movie you don’t even notice you’re watching a film about Asians, you’re watching a great story.

That’s why you should see it, it’s a great film, it’s making history, and you get to see the 1% of the 1% of the opulence in Asia.