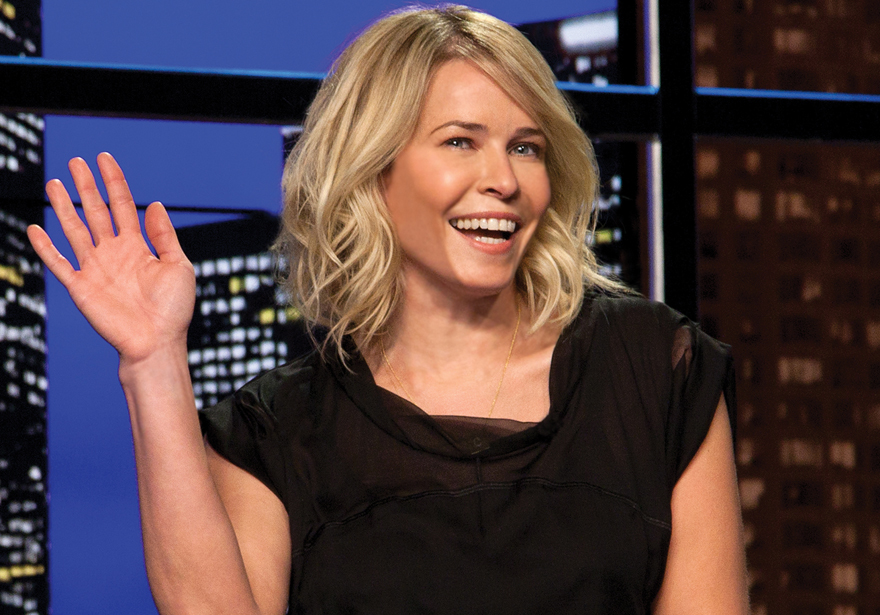 Chelsea Handler seems to be moving out of her liquor infused comfort zone. The self-proclaimed, alcohol enthusiast seems to be slowly becoming a cannasseur. Back in February, she shared with fans on Twitter that she had become a “legal marijuaner”, by going to get her medicinal cannabis card. She even showed off her newly acquired card via picture on Twitter.

Recently, Handler was a guest on NBC’s Late Night with Seth Meyers and she took viewers by surprise when she began to reminisce about her first run in with infused medibles. She explains that she took edibles to Mexico on a family trip and as the night went on, ten girls, one by one, went down. However, in true Handler fashion no story could be that simple. The night ended with her sister, the reserved lawyer was the audience to a hilarious set of events and in the end she wasn’t even the one who ended up with no clothes on. Perhaps cannabis will show us a tamer side of Chelsea!