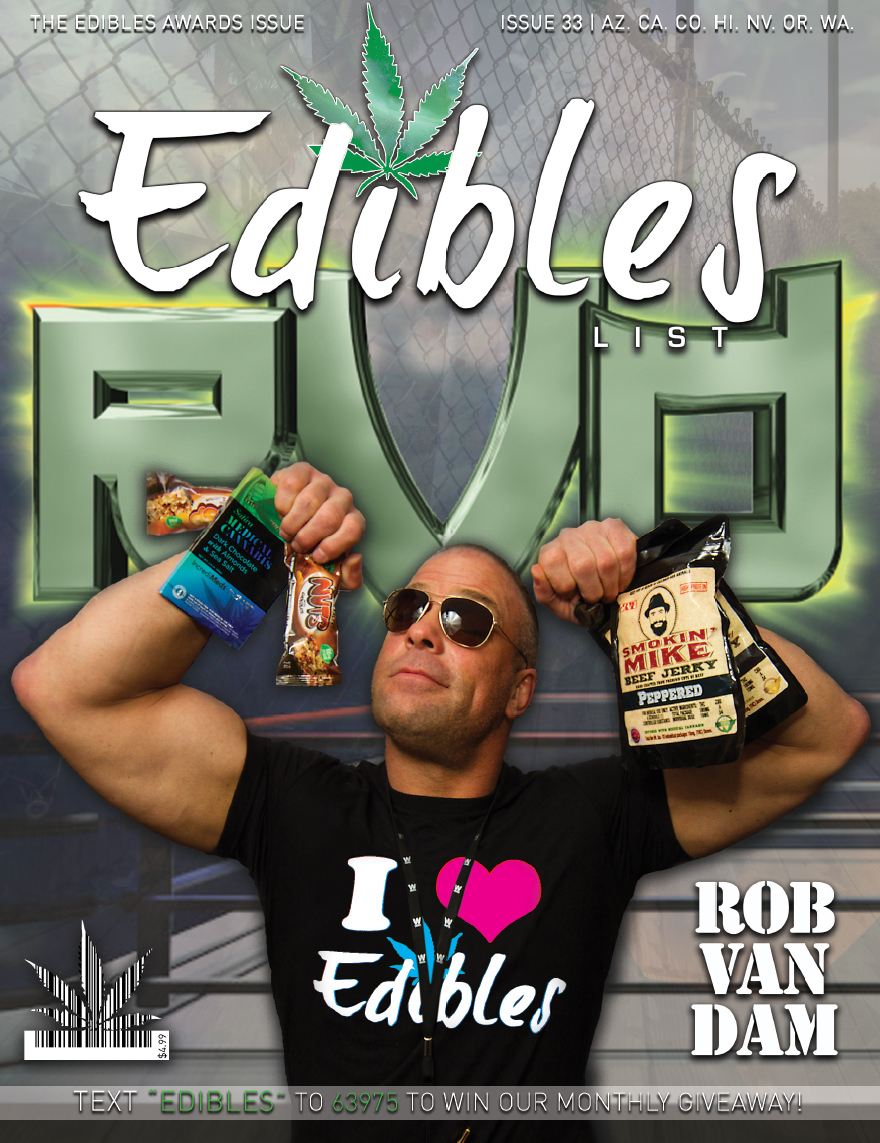 Rob Van Dam was born “Robert Alex Szatkowski” on December 18, 1970 in Battle Creek Michigan. Growing up, he studied a variety of martial arts, including: Karate, Taekwondo, Kickboxing, Kendo and Aikido. He made his very first appearance on World Wrestling Federation Television in 1987 when he was selected as a plant from the audience and paid $100 to perform a skit where he entered the ring and kissed “The Million Dollar Man” Ted DiaBase’s foot. After being dubbed “Rob Van Dam” by Florida wrestling promoter Ron Slinker in 1991, Rob wrestled in independent Michigan promotions that included the United States Wrestling Association, and South Atlantic Pro Wrestling, where he won his first wrestling championship, The SAPW Tag Team Championship in July 1992. Van Dam signed with World Championship Wrestling in late 1992 and made his debut with the WCW on the January 23rd episode of Saturday Night in 1993 and quickly became a fan favorite. 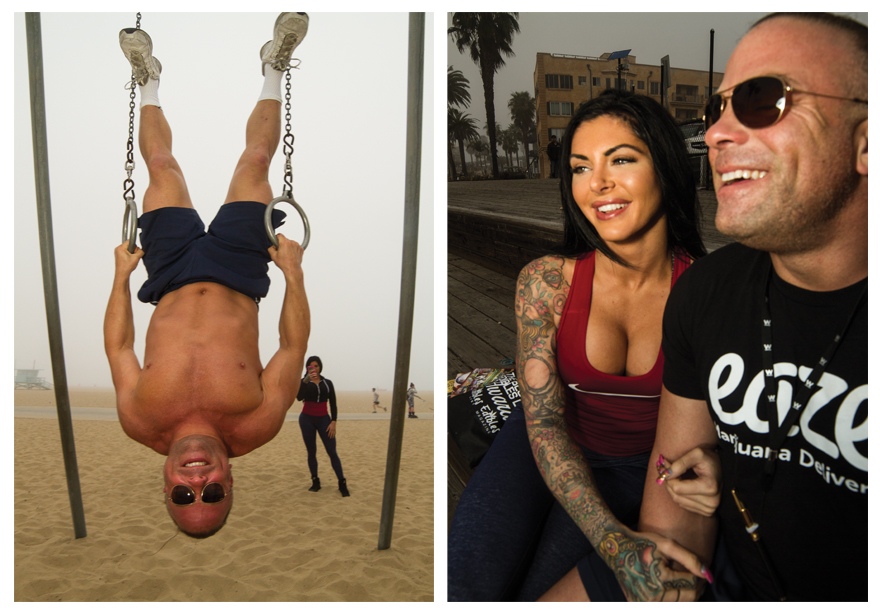 Three years later in January of 1996, RVD signed with the Philadelphia based Extreme Championship Wrestling, where he won the World Television Championship on April 4th, 1998. He successfully defended and retained the World Championship title in a series of matches until he suffered a broken ankle in a successful title defense against “Rhino” on January 29th of 2000, and the injury forced him to vacate the title. Several months after the closure of ECW, RVD was signed to the World Wrestling Federation, and he returned to WWF television on an episode of Raw on July 9th in Atlanta, Georgia. 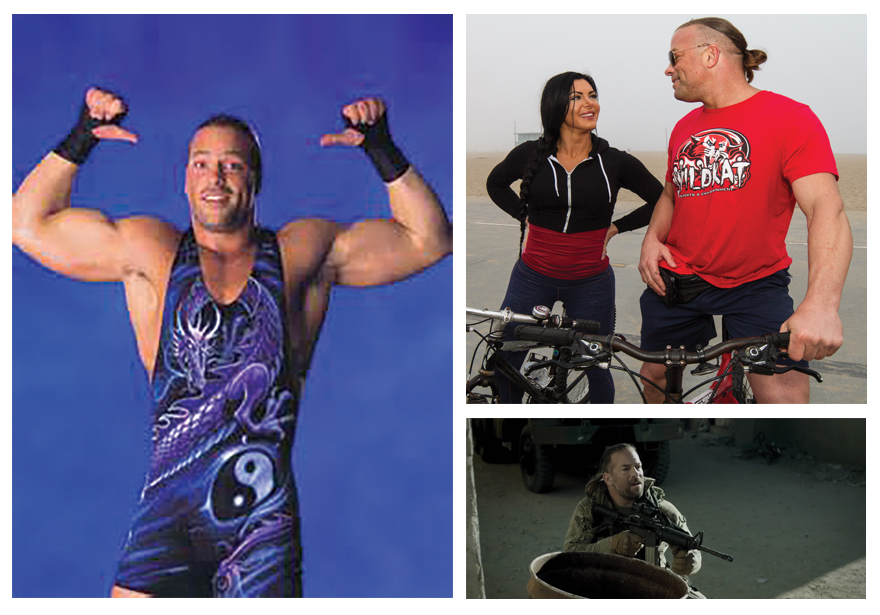 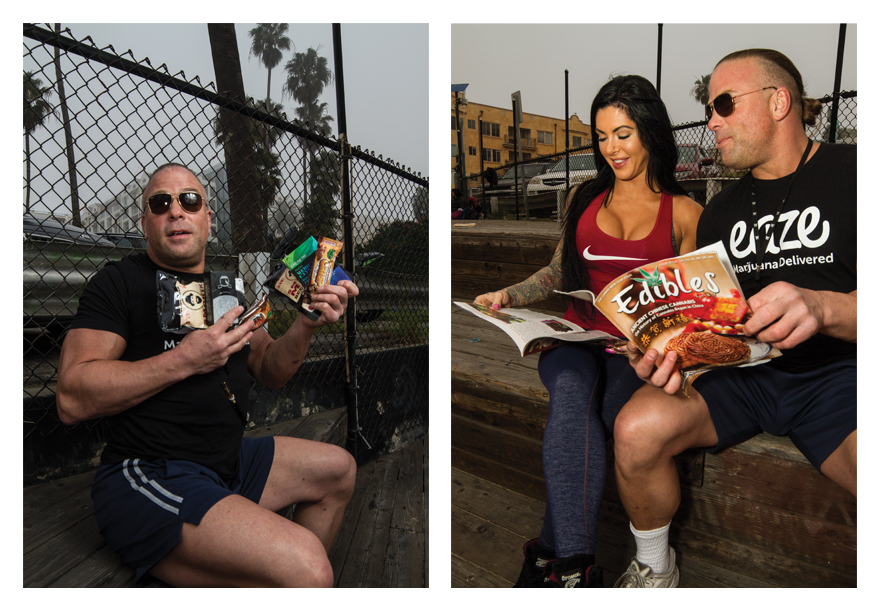 RVD was usually a “face” in pro-wrestling, but occasionally would play the “heel”. For our readers who are unfamiliar with some of the terminology of professional wrestling, a face is a good guy, or hero character, and the heel is a bad guy or villain. Traditionally, faces tend to be better looking, better groomed, friendlier to fans, and to emphasize athleticism and aerial maneuvers over the brute strength often associated with heels. The face vs. heel dynamic is usually part of a larger ‘kayfabe”. Kayfabe is: “the portrayal of staged events within the pro-wrestling industry as being “real” or “true,” specifically the portrayal of competition, rivalries, and relationships between participants as being authentic, and not of a pre-determined or staged nature”. Rob’s natural laid back attitude, stoner personality, surfer look, and genuine martial arts ability made him a natural face, but his anti-authoritarianism and subversive style gave him an anti-hero edge that made occasionally shifting into heel mode quite easy. With all of these qualities working together, it’s no wonder that Van Dam was gifted the moniker, “The Whole Fucking Show”. 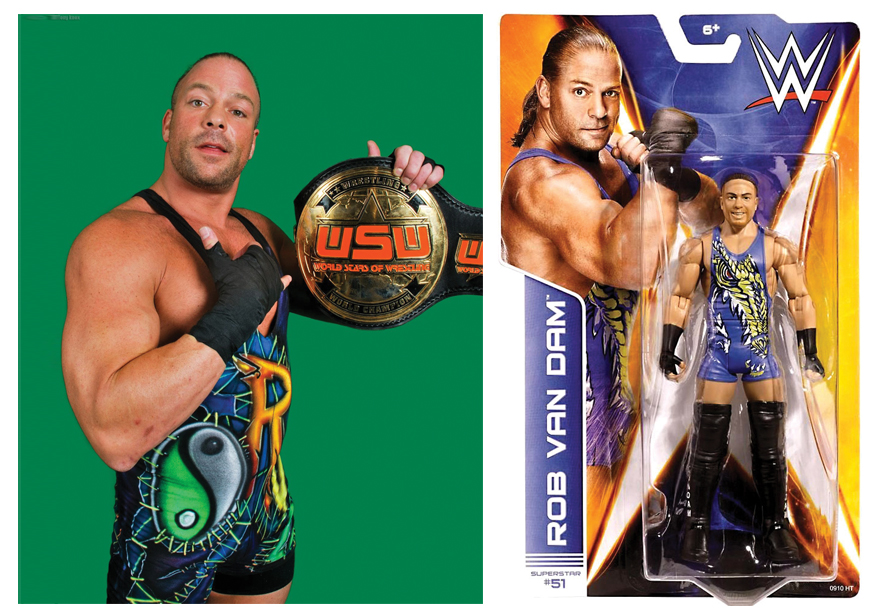 Outside the ring, RVD has appeared in numerous films, and on several television shows. He was cast in a seventh season episode of The X-Files titled “Fight Club” alongside comedian and fellow guest star Kathy Griffin, who was playing twins. That same year he was also on V.I.P with Pamela Anderson, and in 2002 he played “The Claw” in Black Mask 2: City of Masks. Just last year he played a soldier named Vasquez in “Sniper: Special Ops” – also starring Steven Seagal, who served as executive producer. RVD also provided the voice of the character “Bobby” in the Saints Row series of video games. In addition to wrestling and acting, Rob Van Dam is the creator of the Van Dam Lift, a weight lifting technique that involves performing a split between two benches and lifting a dumbbell from the floor to the waist. The lift was approved by the International All-Around Weightlifting Association in 1998. His lift was also then entered into the rulebooks of the United States All-Round Weightlifting Association. Rob currently holds the record which is 166.5 lbs.

A popular professional wrestler may not necessarily be the kind of cannabis advocate or activist people are expecting, but Rob Van Dam has spoken out for years about the benefits of marijuana for athletes, and about it’s uses as a workout and recovery tool. He said, “If I want to relax and just chill out, consuming cannabis can help with that. If I want to be active, if I’m going to go work out or have a match, then it can help with that, too.” He added that pure Sativa strains are his preference for earlier in the day, and that Tangie is a particular favorite due to the creative energy it gives him. Indica strains like Grandaddy Purple and True OG are what he likes most at the end of the day and for aiding with sleep, and strains high in Cannabidiol, or CBD, like AC/DC and Cannatonic help best with pain management. He’s been a guest at many different cannabis cups, competitions, and expos, and on various radio shows and podcasts discussing his thoughts, opinions, and beliefs about the cannabis plant. 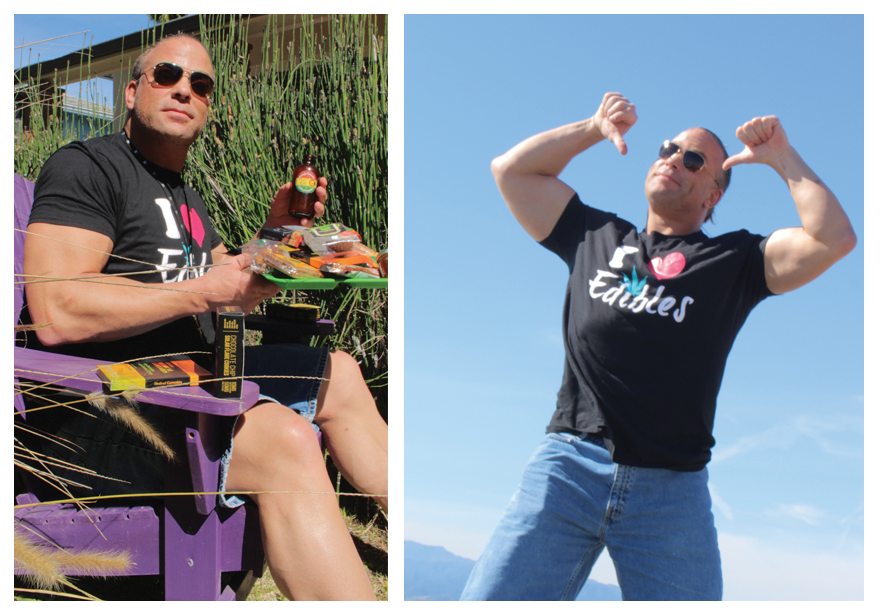 On February 26th, just last month, Rob was kind enough to join us as a special celebrity guest presenter at The Third Annual Best of Edibles List Awards Show at Casa Vertigo in Downtown Los Angeles (see the article elsewhere in this issue). He presented the multiple awards won by W Vapes, including most potent vape – which he is a big fan of. We went around together and visited every vendor and every booth. It was very cool seeing him interact with vendors and manufacturers, and to hear him asking about cannabinoids, terpenes, and decarboxylation. Everyone was generous with the free gifts and swag, and it gave us a chance to discuss all the different types of edibles out there, and what makes them different. Then one aspect of cannabis infused edibles seemed especially intriguing to him, and he asked:

“So what would my options be when it comes to healthy edibles? This stuff all looks good, but it’s a lot of candy, and cookies, huh?”

I was glad he’d asked then and there, because we couldn’t have been in a better place for that question. All the best manufacturers of every kind of edible had gathered together in this one space and all had their products on display! We visited a few specific booths after that and were able to focus a bit on the healthier side of things, and think about products that would be especially beneficial for working out, exercising, and recovery. First we went by Healthy High Edibles, who make raw and vegan low calorie cannabis treats that are still very delicious, with flavors like Salted Caramel Crisp with Pecans and Chocolate, Peanut Butter Pretzel Crunch, and Sweet and Salty Nuts. Next we paid a visit to the guys at Smokin’ Mike. They make high quality marijuana infused beef jerky and other dried meats, so it’s all very high in protein with no carbs, no sugar, and no nitrates. The third product we chose was Moonman’s Mistress – makers of hand-crafted baked goods that are paleo, gluten-free, soy-free, dairy-free and low-glycemic, who also have nut-free, vegan & CBD options on select products. 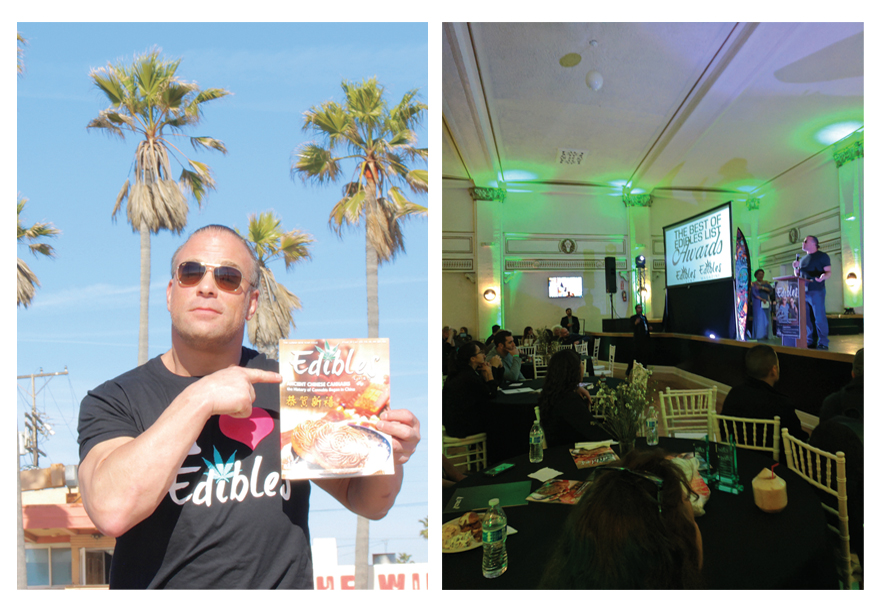 We met a week later at Venice Beach for a casual photo shoot with him and his lovely girlfriend Katie Forbes, and to enjoy snacking on the healthy array of edibles that had been donated before we embarked on a Rob Van Dam led trek through Venice as he showed us around the beach. Despite having wrestled for the past 26 years, he’s still clearly in great shape and would pull off his t-shirt to get some sun at every opportunity, and seemed to take real joy in jumping and climbing on things like the rings at the acro-yoga section of Muscle Beach. Did I mention we’d been medicating a lot of healthy edibles? What was truly most fun about the day, was seeing Rob’s friendly and easy interactions with his fans. He was recognized by diverse groups of admirers again and again, and he always took the time to sign an autograph and let them take a selfie after saying hello and shaking their hand. It seriously did make a lot of people’s day.
Van Dam probably has at least more than a few matches left in him, but he mentioned that as the years go by, the body enjoys it less and less. He’s been a wrestler, martial artist, actor, action figure, video game character, and cannabis advocate, so it’s going to be really interesting to see what he does next. Currently he’s focusing on his stand-up comedy, which is actually going quite well. Throughout January and February of this year, he was on his “Whole F’N Comedy Tour”, and performed in Denver, Austin, Portland, Seattle, and San Francisco – just to name a few cities. It was really a great experience hanging out with such an iconic personality, and we’re definitely hoping to do it again soon. We know of some very cool upcoming cannabis events that we’re expecting to see RVD at, and we know he’s got some very cool projects in the works that we look forward to seeing! Like they say – he really is “The Whole Fucking Show!”