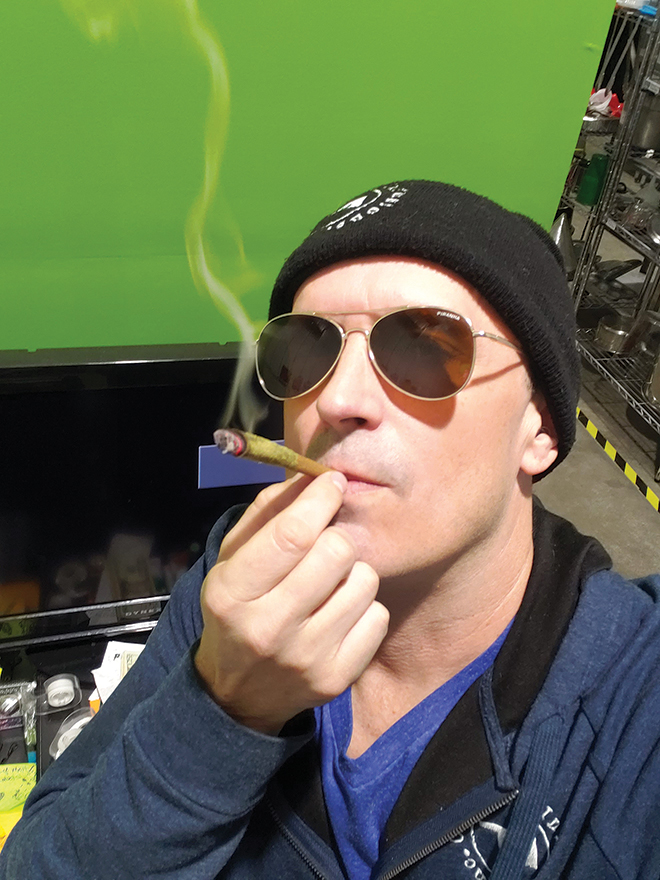 Springtime is here and we are well into the year 2021. We’re celebrating with some great Oklahoma cannabis products and recipes that are perfect for the season. We also recently visited Hochatown, also known as: “BigFootville” in Southeastern Oklahoma to do some investigating and see if we could find a reason that Sasquatch sightings and cannabis are often in such close proximity to each other.

This year got off to an interesting start. On January 6th, a mob of Donald Trump supporters stormed the United States Capitol Building in a failed attempt to overturn his defeat in the 2020 presidential election. We were watching the action live online from the Edibles Magazine office and noticed a few of the rioters were smoking weed. When asked what strain he was hitting, one of the men responded “Pinkberry”. Jenny Cudd, who bragged online about breaking Speaker Pelosi’s office door, is actually connected to an Oklahoma Cannabis operation.For better or worse it seems true what they say: Cannabis is everywhere. The industry is enormous and there are people on every end of the political, social and economic spectrum involved. Seth Rogen’s Canadian cannabis brand, Houseplant, is now available in California. They’re getting so much traffic that at the time of this being written, he had to shut the site down while they write new code. We love Seth and he definitely knows plenty about the plant. Maybe he’ll bring the brand to Oklahoma soon. Speaking of celebrities, Oprah just interviewed Prince Harry and Meghan Markle, and it was a pretty big deal. In January 2002 Harry confessed to smoking weed at a bar near his father’s Highgrove estate when he was 16. St James’s Palace confirmed the prince had “experimented with marijuana on several occasions”. Now that they’re free of the Royal rules they are also free to legally consume cannabis in states like California where they’re living and Seth Rogen even told Jimmy Kimmel he’d be happy to hook them up with some Houseplant.

It was dangerously cold here recently. Record setting below zero lows that literally got colder than Antarctica for a couple of days. Outdoor grows and greenhouses were battling the elements for survival and unfortunately we heard of a few losses but thankfully the sunshine and warmer weather is (mostly) back and flowers are beginning to bloom as the colors freshness returns to the landscape. Springtime is finally here and “420” (April 20th), the highest of the high holidaze should be more fun and at least easier to celebrate than it was last year. We’ve also got brand new product reviews, recipes, lists, news, a crossword puzzle, comics and more. Enjoy The Spring Issue and watch out for BigFoot.